Military Banner Program
This program was created to recognize and honor Windsor residents and their immediate family members who are serving our country in the United States Armed Forces.

AND one of the following:


Each banner costs $200. To support this program with a *donation, please send a check, in any amount, payable to the Town of Windsor (Tax ID number 45-2913488) to: Windsor Hometown Heroes Military Banner Program, PO Box 100, Windsor CA 95492.
*May be tax deductible. Please consult your tax preparer.

The program is ongoing, and applications and donations continue to be accepted. The Windsor Hometown Heroes Military Banner Program Committee sells t-shirts to raise funds for the program. Phone Windsor Parks and Recreation for information or to purchase a shirt: 707-838-1260.

Friends and family joined with the public on Sunday, January 27, 2019, to honor seven home-grown active-duty service men. The crowd gathered in Huerta Gymnasium for Windsor's seventh Hometown Heroes Military Banner Red Carpet Ceremony. A banner for each of the honorees joins the 67 banners already hung in Windsor Civic Center since the program's inception in 2013. Video of first Banner Ceremony held in November 2013.

The Program has been supported by: 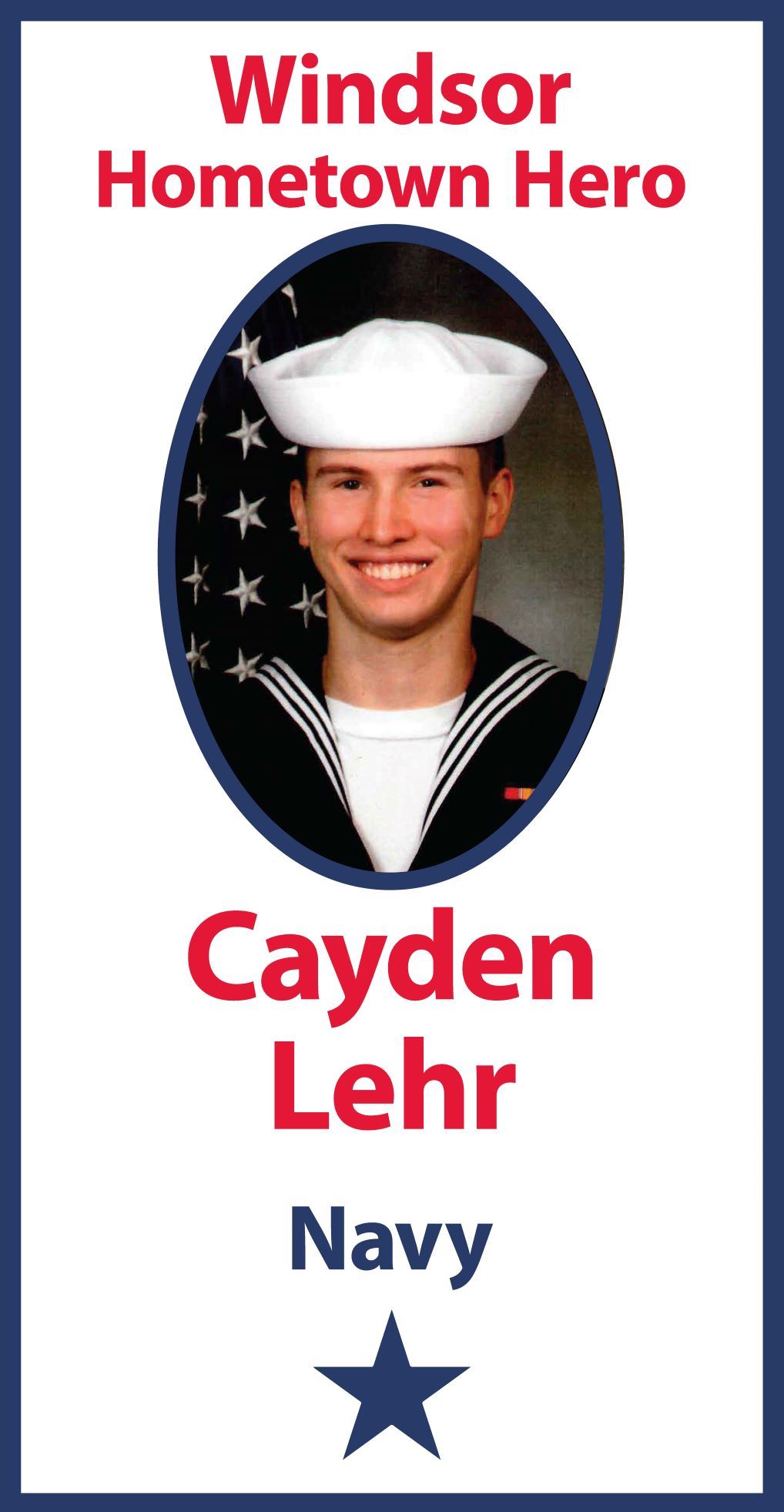 A life-long resident of Windsor, Navy Airman Lehr is the son of Benjamin Lehr and Angela Perkins and brother to Sam Lehr and Grace Perkins. He attended Windsor Christian Academy and graduated from Windsor High School. Cayden’s interests include traveling, gaming and theater. With an interest in politics, he would like to attend law school at the conclusion of his military service.

Airman Lehr is officially assigned to the USS Abraham Lincoln out of San Diego, and he is currently deployed with the Navy on the USS Nimitz as an Aviation Maintenance Airman (AZAN).

You will find Navy Airman Lehr’s banner displayed in the Civic Center alongside his peers.